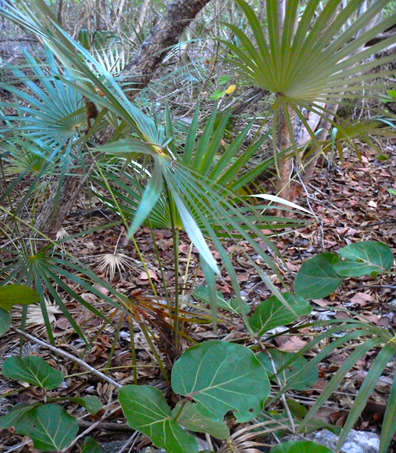 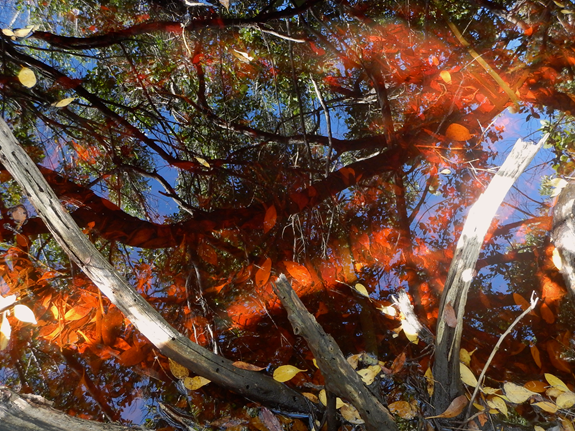 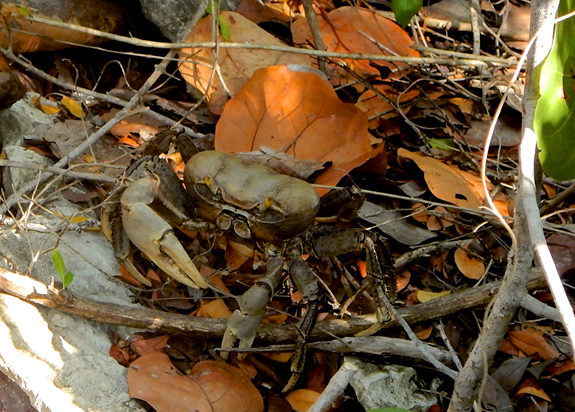 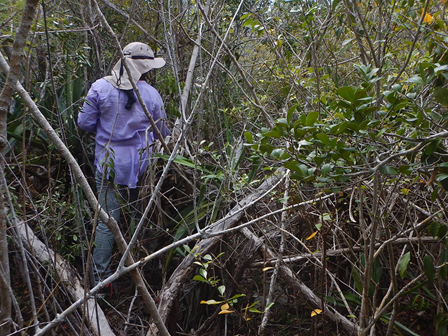 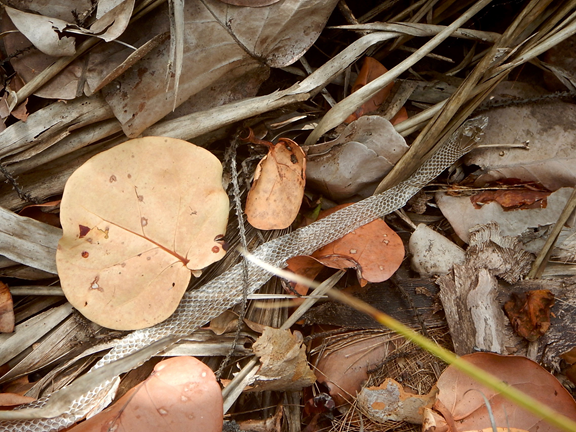 An amusing aspect of our trek is the increasingly “bushy” aspect as we get close to the main road. Invasive plants have taken over because of previous clearing. The bush becomes so dense at one point that we have to crawl on all fours, using the hats on our heads to push through. Clearing had given air space for Brown Gal, Break Bone, “Cissus” and other vines and shrubby plants that almost block our way.