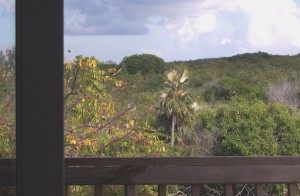 Name any topic and you can do research and find volumes of facts about it. Especially on the Internet. Or you can simply reflect and state the basic principle involved. Adopting the principle then allows you to work out the details, or to answer new questions that may arise on the same subject.

Such principles can guide our lives. They permit social breakthroughs to be made. Some of these breakthroughs have been quite radical: two are the casting aside by many people of racial stereotyping and of gender stereotyping. Some whole societies now consider both sexes and all races as equal in talent as well as in rights; another example is the end of the reign of cigarette smoking. Far from being seen as something cool or sexy, smoking is now seen as an insult to oneself and to those in the smoker’s vicinity.

“Living lightly on the earth” is a wonderful example of a general principle. It conveys the idea of being a good steward of the earth, not raping its resources but treating the earth with respect. “Living joyfully and sparingly” is another. It can guide our daily steps, not only in energy conservation but also in moderate eating and drinking. Here are some areas of concern, and possible principles for each. “Global warming” is not mentioned since it’s probably a subset of these.