It is a distinguished history, a credit to the town of Spot Bay, the governments of the UK and the Cayman Islands including the administrators of Cayman Brac, the volunteers and visitors who have always treated “The Lighthouse”, its historic trail and surroundings with respect, awe and admiration.

The headland has been a historic site from long before the year (1937) that the light beacon was put in place by the Admiralty as a navigational aid. Gas powered, the lighthouse featured a Fresnel light.

For many years prior to 1937, and for some years after, Spot Bay people traversed the area for thatch, booby eggs, and later, for caymanite. Cattle were allowed to range in the northern area until they were fenced out in the mid-nineties.

From the erection of the light in 1937 the trail became well defined by local contractors carrying heavy tanks of gas to fuel the light. Each tank was carried on a litter. Path improvement was done in the traditional manner – by “knocking down the peaks to fill the holes” in the rocky surface.

The path has been walked continuously and is forever defined as a public right of way. Hundreds hike it every year, in whole or in part. (The complete hike takes two hours, from Peter’s Cave area, along the traditional path and back to the starting point, usually by way of the main road and Peter’s Road North.)

In 1999 a proposal was made to build an ersatz “lighthouse” as a tourist attraction, in the Maine/New Hampshire style. The public objected (see attached articles in the paper of record at that time) and the idea was withdrawn. Further objection can be found in the files of the DCB – the Sister Islands Development Board.

But the original light standard became hazardous from rust. It was not so vital anyway for two reasons: GPS; and the existence of a new, solar-powered light, erected on an aluminum stand. In a far-sighted but unheralded move, Public Works quietly replaced the original light stand with an exact replica (using rust-resistant metal) bolted to the original concrete slab. The detail included a perfect rendering of the hidden ladder. It is revealed whenever one of the four “walls” of the tall standard is opened on its hinges. Today this feature is usually locked.

Further public protection was offered when the District Commissioner wrote in response to some corporate landowners who had requested that the traditional trail be moved. It is on record that the reply was this: that a traditional trail follows its traditional path and cannot be “moved” to another location.

In 2008 Hurricane Paloma struck Cayman Brac. Its salty spray covered all the land and trees within a half mile of the headland. It was a sickening sight, but within one year the plant life recovered, including record- setting flowering of hundreds of Agave trees, locally called Cordo. Ironically the lightweight aluminum light standard, holding the solar-powered light, was knocked flat. But the exact replica of the original light standard, installed by the history-minded Public Works Department, stood tall and unscathed. It stands today as a Brac symbol, modified by the solar powered light firmly affixed on top. The small panel and battery are clearly visible from below (visible in the next photo) and they represent the best modern technology, just as the old light reflected the best technology of 1937. 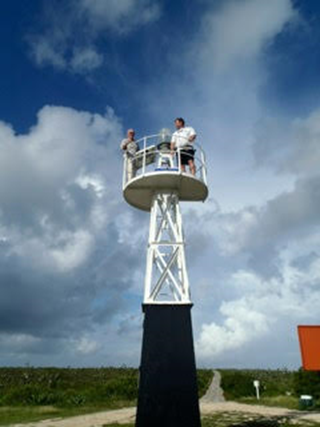 PROTECTED AND SPECIAL SPECIES OF FLORA AND FAUNA IN THIS AREA

It is refreshing to witness the popularity of a natural tourist attraction. Not a dolphinarium or zoo or place where wildlife has been captured, exploited and “monetized”, but a place that evokes reverence just by being there. THIS IS AN IMPORTANT SITE FOR PERMANENT PROTECTION, for both historic and natural reasons. The old-time uses of the area since human settlement have been named. Collection of booby eggs in olden days has been mentioned. Fortunately, Viagra has replaced the reputed virtue of eating booby eggs. But the oldest historic reference is that of Christopher Columbus who sailed past in 1503 and noted the Sister Islands. THIS MAY BE THE LAST AREA OF CAYMAN BRAC THAT LOOKS MUCH AS IT DID IN 1503, with its wind-stunted trees and its brave, vertical cliffs breasting the waves.

Here are just a few of nature’s beauties that continue to thrive along the path.

Brown Boobies: they nest here, seemingly undeterred by years of popularity with tourists. It is said to be the largest colony near a human settlement anywhere. Frigatebirds; White-tailed Tropicbirds; Peregrine Falcons; Barn Owls; Swallows. Passerines land here since the headland may be their first landfall during migration.
Occasionally, turtles can be seen when one is looking down at the sea from the bluff edge. They hang around the edge of Sargassum Weed.
Plant Life is especially notable including threatened species, protected plants, seaside species as well as dry land and blufftop species, iconic plants and wind-stunted trees of indeterminate age. There are thriving communities of Harrrisia gracilis (H. caymanensis, called Vine Pear on the Brac –the name is used differently on Grand Cayman) – it is known for its beauty and its edible fruit.
Banara caymanensis (no common name) was identified here recently, right on the path. This endemic tree (exclusive to the Sister Islands) is found only in a handful of other places of the Brac, all near the bluff edge;
Coccothrinax proctorii, or Silver Thatch. Older Brac residents remember the headland and surrounding area for its contribution to the thatch rope trade. The long-lived tree survived Hurricane Paloma, but numbers have fallen recently, possibly due to Norway Rat infestation. Agave caymanensis, locally called Cordo, is the Christmas tree of old and for a few people today. The traditional uses of this and the previous tree are sustainable in that the tree is not cut down — only the inflorescence in the case of the cordo, and that not until it is dead. Portulaca halimoides: This is just a random example of the profusion of small plants on the headland, some normally found on seaside, rather than a hundred feet above and higher. Only a few months ago this plant was identified for the first time on Cayman Brac. 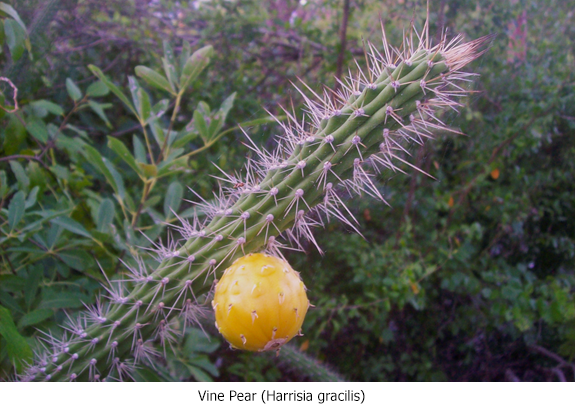 MORE ABOUT THE TRAIL

As said before The Lighthouse area is perhaps the most-visited attraction on the Brac, by residents and tourists alike. Parking does not interfere with the area since there’s one well-defined parking area at each end of the trail. Interpretive signs are thoughtful and well placed, and were placed during a highly productive, cooperative period of eco-tourism collaboration between local, UK and volunteer groups.

Trail maintenance by crews is inexpensive. Once a year Nature Tourism directs clearing of overgrown shrub and grass, utilizing either Public Works or private contractors. After that, the act of walking maintains the trail – walking by visitors, ordinary Brac people, nature club volunteers, even people who come to view the stars in the rarity of a dark place (notwithstanding the light). The trail portion closer to the lighthouse has been smoothed with fill by contract hired by government, with financial assistance from the UK. 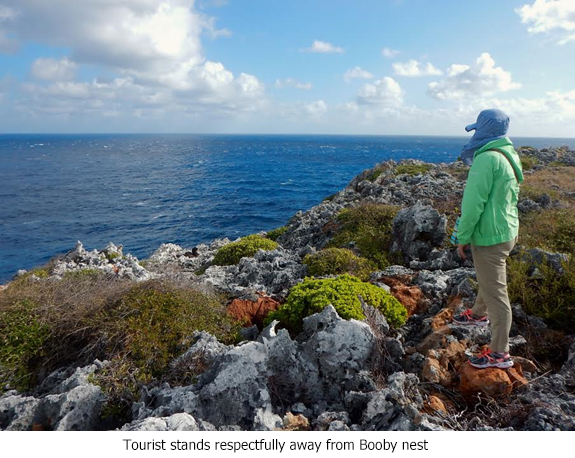 PUBLIC SUPPORT FOR PERMANENT PROTECTION: The headland is dear to the people of Cayman Brac. As with Point o’ Sand on Little Cayman, or Smith Cove on Grand, setting aside the lighthouse and surrounding area seems a no-brainer. The fact that the vertiginous cliffs below the headland are Crown Property provides further, permanent protection of this iconic area — the very definition of Cayman Brac. 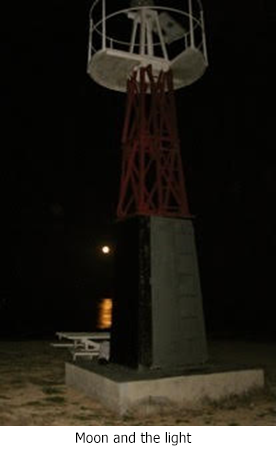 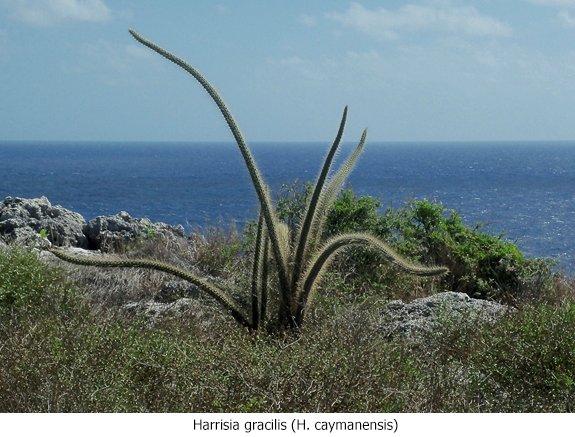 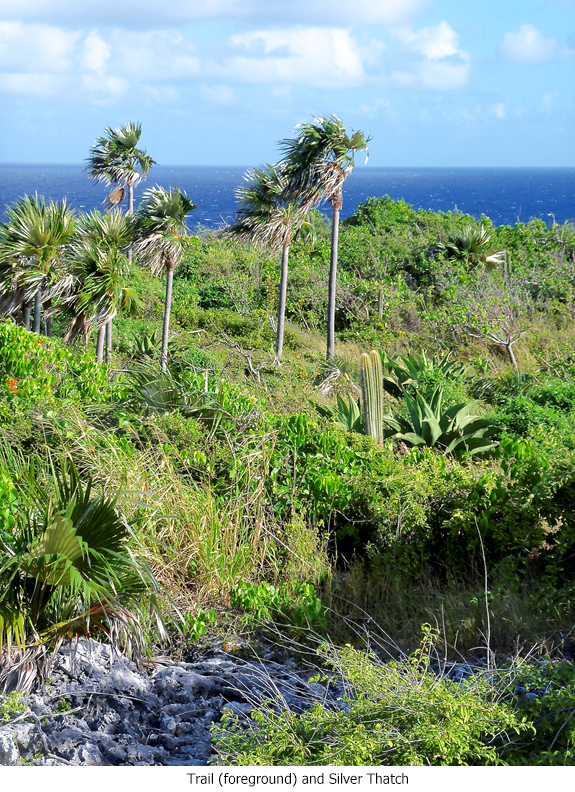 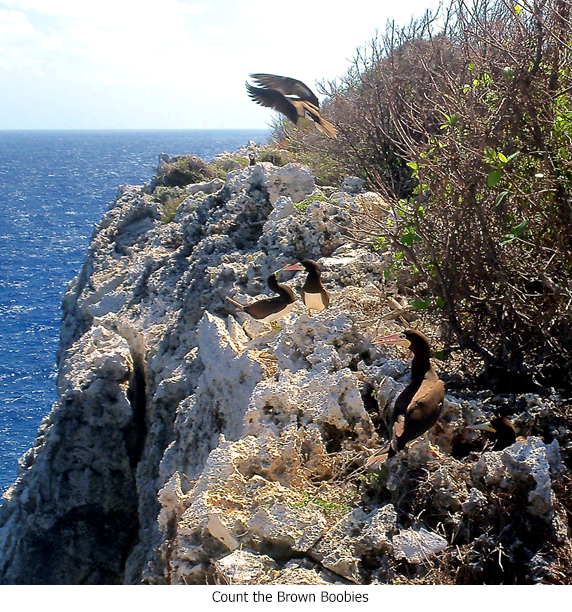 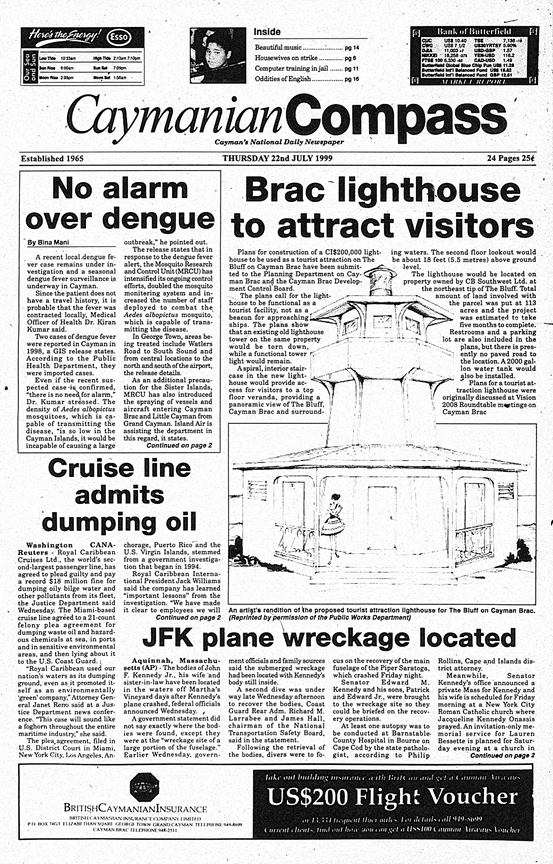 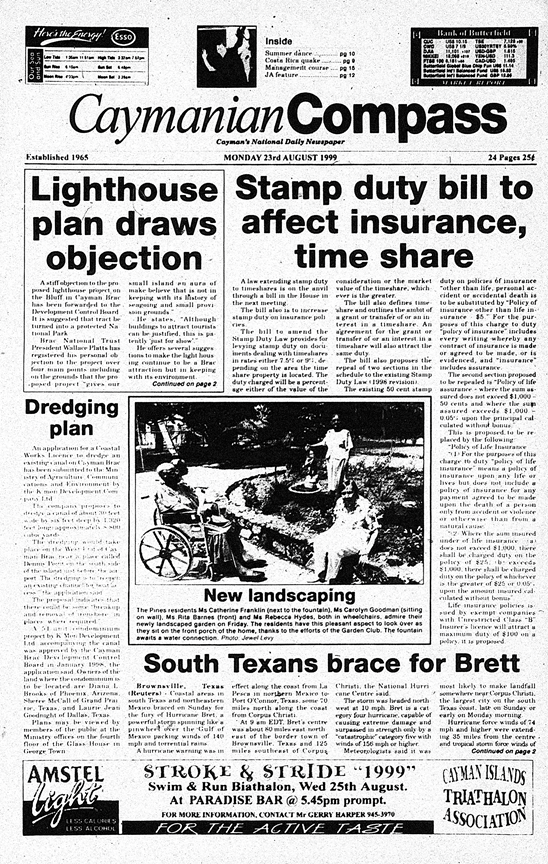 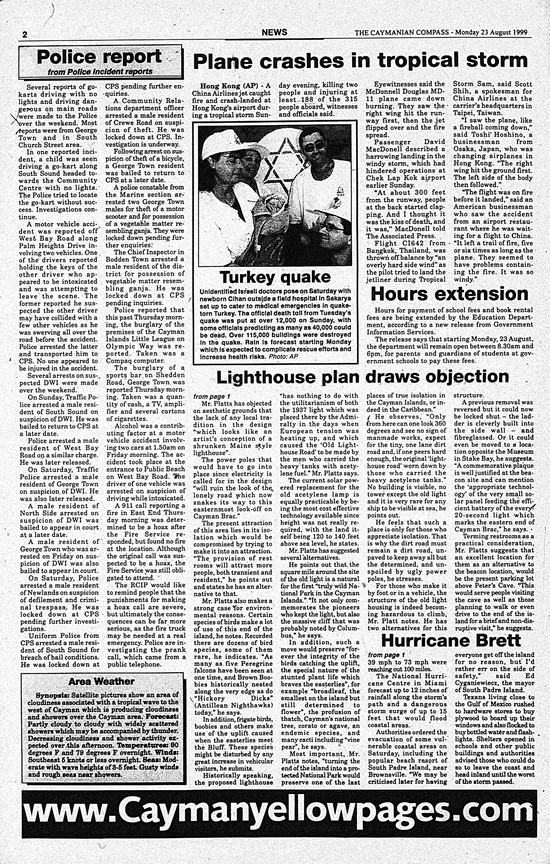 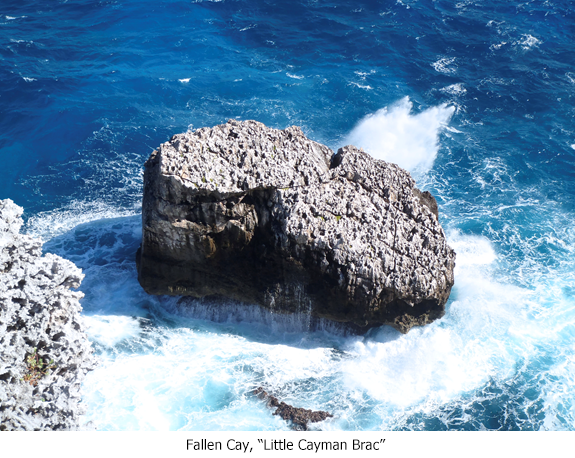